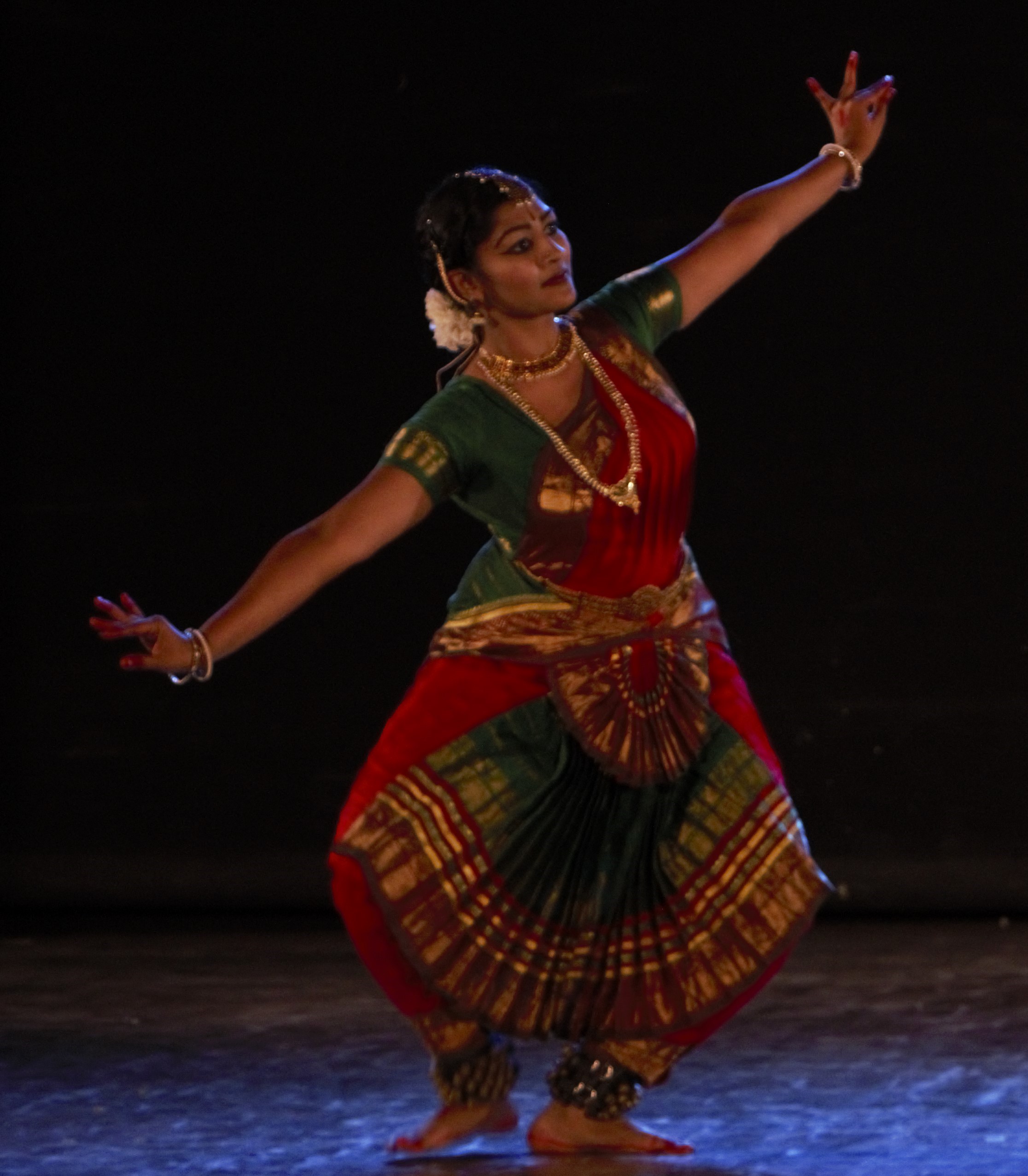 Madhuvanthi Sundararajan is a Bharatanatyam dancer, choreographer and teacher, based in Germantown, Maryland. With more than two decades of study in the artform, she holds a Master's degree in Bharatanatyam and is a Gold Medalist from Centre for Performing Arts, Savitribai Phule Pune University. She has also been conferred the 'Rabindra Puraskar' for her outstanding performance during the masters course. She began her training under Guru Uma Tilak, and continued under Gurus Shilpa Srinivasan and Prajakta Borse-Bharate. Now, for the past ten years she has been under the guidance of Guru Dr. Parimal Phadke and his disciple Guru Saee Shetye.

In India, she has performed at the Parthasarathy Swami Sabha Chennai, the Navratri Festival at Ahobila Mutt, the Balaji Temple Pune, at the Cuttack Mahotsav Orissa, where she received the title of 'Nrityamani' among other venues. After moving to the United States, she has been a part of the Shivaratri festival at Hindu temple of Virginia, and the NatyaSeva for Lord Hanuman, the Swathi Tirunal Music Festival, and the Haridasa Festival at the Sri Siva Vishnu Temple (SSVT). She has also given virtual performances for various organisations such as the 'Nritya Sanskriti' - Colombo Dance Weekend, performance series, Sahityakalpa's performance series, Azhagiya Tamil Magal Talent showcase. She is one half of the youtube channel duo 'Nritya Amita' along with Ms. Shobana Bhaskar, choreographing and presenting various Bharatanatyam compositions. She has been part of IDEA since March 2020 and performed in the IDEA online performance series.

Madhuvanthi has been working as a dance instructor for the last 5-6 years, teaching students of all ages in India, USA and abroad in person and virtually through Skype. She is a versatile choreographer having choreographed Classical, Folk and Bollywood routines for various corporate and private events.

She holds a Bachelor's degree in Photography and continues to experiment with portraits and dance.