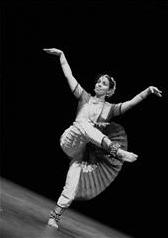 Hailing from a family of musicians Shobha Subramanian trained in Bharatanatyam and Mohiniattam styles from top gurus of India and learnt Carnatic vocal music from her mother and grandmother. A recipient of awards in India and in the U.S. for her performances, she has been highly acclaimed for her teaching and choreography skills where she effectively blends her knowledge of singing and dancing. Three-time winner of the Maryland State Individual Artist Award (with Governors Citation), Subramanian has been conferred the Pravasi Nrithya Nataraj award by the local Indian community in DC for her contribution to the arts. Under her leadership, Jayamangala, (501 c3 non-profit organization), a talented and dynamic group of dancers have performed across the DC metro area (like Kennedy center, Smithsonian and National Cathedral) and the East Coast. In March 2007 she organized a Dance Conference where leading artistes and scholars were invited to make academic presentations. Additionally, Subramanian has collaborated with artists across genres to create multi-cultural programs.

Shobha Subramanian began training in vocal and Bharatanatyam at the age of seven. Initiated into Bharatanatyam by Ms. Sundari Seshadri (Kittappa Pillai school) of Delhi and subsequently enhanced style by undergoing training under the world-renowned couple - the Dhananjayans. She maintains her dance through workshops with renowned dance gurus including Prof. C.V. Chandrasekhar of Kalakshetra and B. Bhanumathi (Bangalore). She simultaneously developed an interest in the graceful enchanting Mohiniyattam dance of Kerala and took lessons from famous exponents Kalamandalam Usna Banu and Kshemavathi of Kerala. In addition, she is an accomplished singer having learnt vocal Carnatic music from mother and grandmother (disciple of Sri Chembai Vaidyanatha Bhagavathar of Kerala).