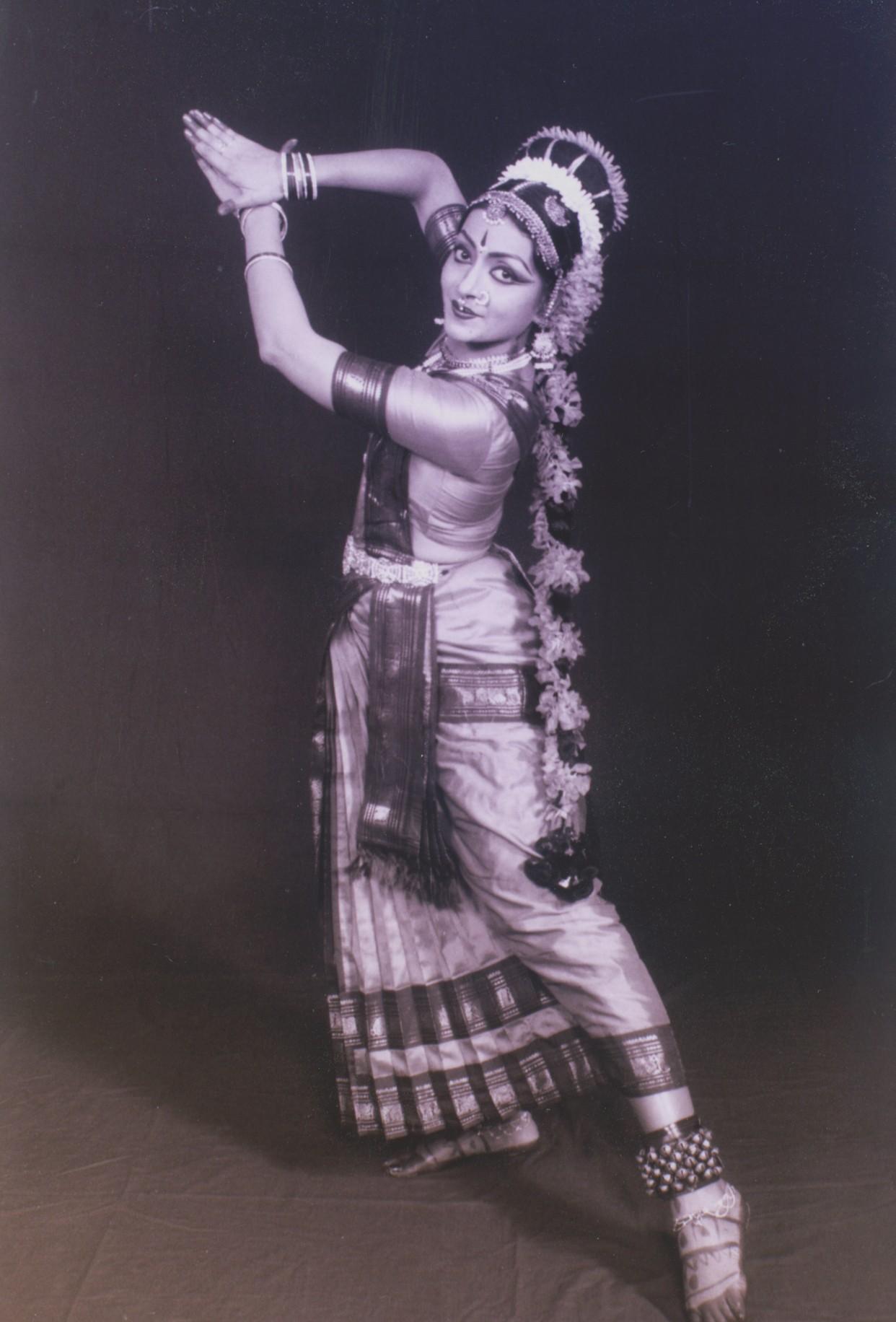 At a very young age in the quest for Indian Dance, Lakshmi Babu found her inspiration in renowned dance exponent Dr. Sobha Naidu. Her passion for the art continued through her learning years and she completed the course of study Natya Visarada - at Kuchipudi Art Academy, Hyderabad, India. Under the guidance of her guru, Lakshmi began a career as a dance instructor and established the Kuchipudi Dance Academy, in 1996. Today, the academy is a well established institute that attracts young and adult aspiring dancers, and is known to be a popular dance school in the Washington DC Metropolitan Area. Known to be gifted with a soft hearted, kind, and generous nature she walks hand in hand and leads the students on their journey to discover and experience the graceful movements, intricate footwork, complicated rhythmic patterns, beautiful facial expressions, and the rapid tempo of the Kuchipudi Dance form. Taking pride from graduating seniors, Lakshmi Babu has so far produced seven acclaimed young performers and one adult performer. Shri Vishwayogi Viswamiji of Vishwayogi Viswamiji foundation for Integration and Peace awarded her the title Nava Natya Kala Vibhushani', during Guru Poornima celebration at Sri Siva Vishnu Temple, Washington DC, in 2001. She was also awarded the Teacher Recognition Certificate by the National Foundation for the advancement in the Arts (USA) 2004-05 Arts Recognition and Talent Search Program - finalist entry being her first student Pallavi Uppuluri. Playing an active role in the Washington DC area cultural and community events Lakshmi has been associated with voluntary positions at various socio-cultural Organizations. Presently, she is the Executive Cultural Director of the Capitol Area Telugu Cultural Society (CATS). She has been an active member of IDEA since 1993.

By staging various solo performances and dance drama productions along with students, impressing the knowledgeable audience and bringing about curiosity to the lay audience Lakshmi has made several contributions to the Kuchipudi Art Form.

Lakshmi has also promoted several visiting artists and has provided a platform for them. The dance drama Mohini Bhasmasura in 2005 and Mahishasura Mardhini in 2006 have been staged along with Sri. Pasumarthy V. Sarma, dance choreographer, artist and director from India. Having the opportunity to work with Mrs. Veena Murthy a well known dance guru from Bangalore, India, Lakshmi was fortunate to experience the learning of the unique Simhanandini dance, (picture painting of a lion with movements of the feet). Lakshmi has had the opportunity of having worked with young gurus like Vempati Ravi, Vedantam Raghava, Vedantam Venkat and having hosted prima artists like Swapnasundari and scholars like Dr. Pappu Venugopala Rao adding richness to her experiences in the field.