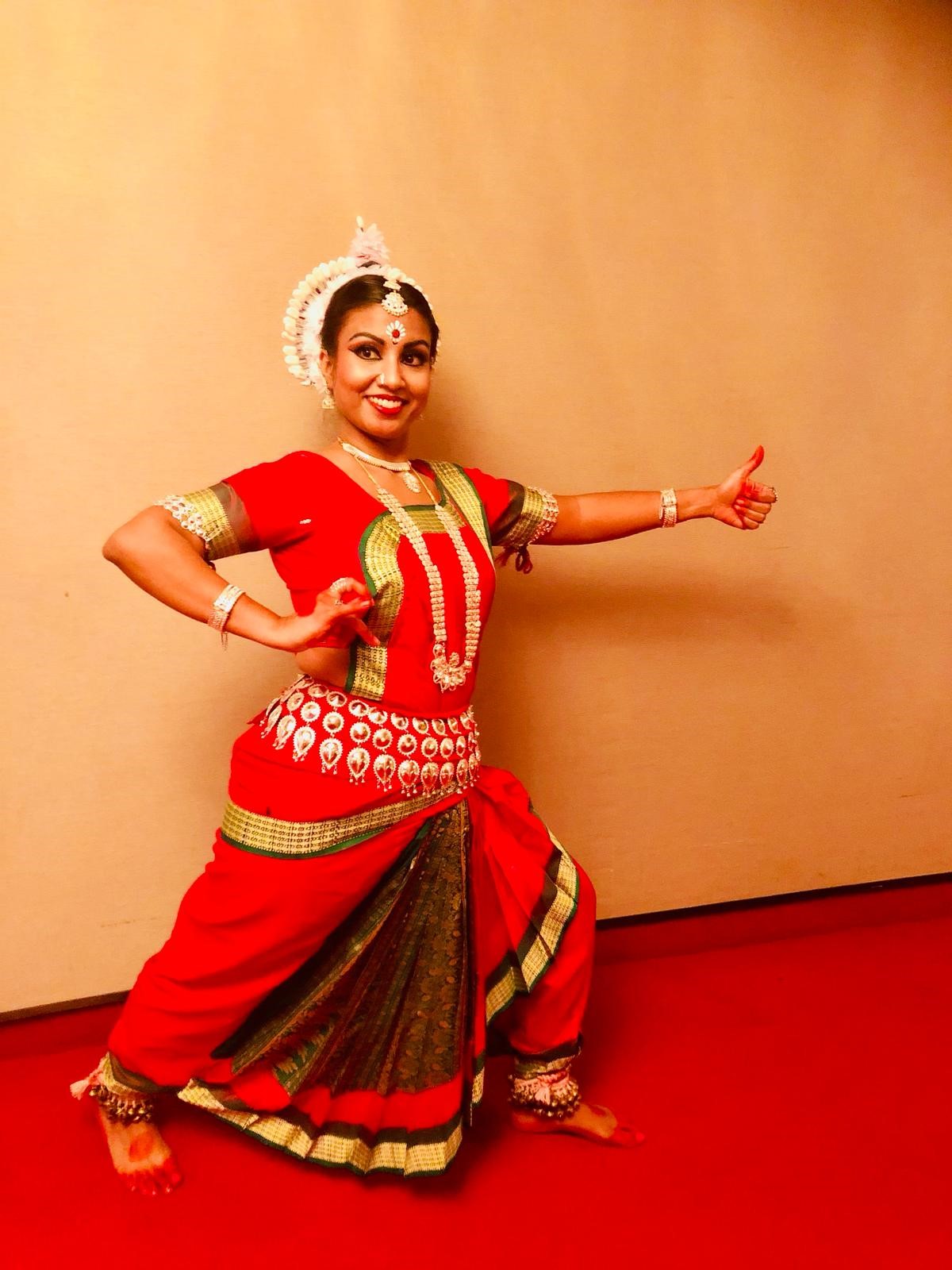 Kinkini is an Odissi dancer in the classical Indian dance field. She has cultivated a life-long devotion to Indian classical dance starting with her training in Kathak and Bharatnatyam styles since the age of four and performing her first solo dance at the age of five. At the age of ten, she got introduced to the Odissi dance form under Guru Smt. Poushali Mukherjee, while in Kolkata, and has since then been passionately involved in practicing and advocating for this ancient and rich dance form. Later she moved to Mumbai and continued her training under Guru Shri Natabar Maharana. Kinkini is trained in Guru Kelucharan Mohapatra's style of Odissi dance. For the past 15 years since moving to the US, she has been continuing her practice and performances with Guru Smt. Jayantee Paine-Ganguly in the DC metro area. She also likes to experiment with fusion forms of classical dance and has choreographed performances with local dance companies in northern Virginia. When not working or dancing, she loves to travel with her family. Kinkini lives in Leesburg with her husband and their two children.